Be impeccable with your word 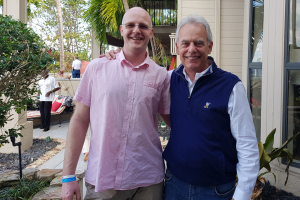 Maybe you recognise the title of this post: “Be impeccable with your word”. If not, it is one of the four agreements from the book “The four Agreements”, written by Don Miguel Ruiz. Hugh Hilton considers this book to be his personal bible and advised me to read it. I loved it! Be impeccable with your word fits one of my core values: always keep my promises. This is a very important one for me and recently, it got challenged.

Why is it important to me?

One explanation is the way my parents raised me. I learned to always do my best and to keep my promises. The major part of my dedication comes from preventing to let people down. When I give somebody my word, I don’t want to let them down, because it makes me feel bad and I don’t like that. And the closer people are to me, the higher the stakes for me. I want people to know they can count on me. Actually, I believe that is a great skill for a coach.

How does that show?

I always had this mindset. I rather come 30 minutes early to an appointment, than 5 minutes late. And when I notice I will be late, I will inform the person(s) I am meeting asap. Due to my wife I loosened up a bit. When we just met, she was more flexible than I. For instance, when we went to a birthday party that started at 8PM, she felt perfectly good leaving the house around that time, while for me it felt we were late. When they said we the party started at 8PM, I took it automatically as an appointment and treated it as such, while that didn’t make any sense. That’s how deep it was engrained in my system. More than once she said to me: “We don’t need to open the party” and over the years, I realized that she was right. 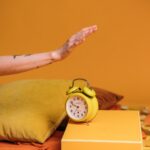 Failures in the past

The reason why it is still so strong in my system, is because the moments I felt I let myself down are still very clear in my mind.

I still remember at high school, we had a test about German strong verbs. The teacher had a certain scoring system, which meant that when you had 16,75 errors, you would get a 1. I had 17 errors. It was the only 1 I scored in my 6 years at high school. That 1 resulted in an average of 5,45 for German language that trimester. This was also the only 5 I scored. Even though this happened 30+ years ago, I can still remember it. It feels like I let myself down.

At my latest employer, I followed a Lean Six sigma green belt training. As part of the certification I needed to finish a project using that methodology. My project aimed at minimizing the number of incidents for the services I was responsible for. First thing I had to do, was to get the numbers cleaned up. In doing so, I actually solved the issue and finished the project, but back then I didn’t realized it, because I was too deep in the project. Before I could finish what I considered to be the end result, I moved due to a reorganization and the project became obsolete. In the remaining time at the company, I couldn’t start another project. Although the cetificate is not relevant right now, it is still the only training I ever started and didn’t finish.

Above examples are moments that felt I let myself down. Nowadays I use them to motivate me, to push through to keep my promises.

My values aren’t yours

Keeping a promise is so natural to me, that I expected people to have the same mindset. When I was still an employee, people asked me something to do and I would say yes, they knew they could count on me. Unconsciously, I expected the same from them. When I asked something to a colleague to do and he would say yes, I felt relieved and let it go, because he said yes. And when it was time to deliver and he didn’t finish his part of the work, I got very irritated. I couldn’t understand why he didn’t do it. Fact is, I didn’t even ask why. Maybe he had some great reasons, maybe he had planned it to do it on Friday afternoon and his boss overruled him to drop all his work for another project that became high priority, who knows. I didn’t even bother to ask, I just was irritated. Why? Because he said yes. That changed when I got a Belgian manager that was amazed why we expected people to do what we asked them to do, just because they said yes…… That made me think. When I asked my colleague to do something, I actually delegated the task. But I was still accountable for the delivery! So if I wanted the project to be delivered on time, I needed to check whether or not it is still on schedule, what delays might appear (if any), etcetera. That’s also when I realized that my values aren’t necessarily theirs.

Not only in business

I also had irritation with the appointments of my sons. When they had an appointment and were running late, I noticed I pushed myself to get them in time at the destination. Until I realized it is something they have to learn as well. I can only share the importance of making a promise with them and what they do with it, is up to them. And I see it starts to pay off.

I noticed that by sharing this important value (to me), it is spreading as well. My wife is almost never late for an appointment, my boys are taking their responsibility and just recently it impacted a connection I never spoke to. Let me explain. In December 2020 she made an appointment for a discovery call using my calendly link. At the time of the appointment, I waited for half an hour (doing other activities not to waste time) without seeing her. I asked her what happened and she replied she got stuck in a client meeting. She asked if she should reschedule  and if not, she would understand. My answer was as follows: “You may reschedule. But remember to inform people when you’re not going to make an appointment. It’s like breaking a promise and that’s never a good thing.”. She replied that it was a good lesson and she would pay more attention to it. Four months later I received this message:

“Dear Erwin, I hope, you’re doing great. I know I messed up with you but today I’m contacting to say Thank you. From that day on, I was paying serious attention to things like postponing meetings, responding or being not on time, you helped me to eliminate this. I’m not writing it to feel better, I appreciate having you in my network here.”.

Last week I got a very good offer that could have changed my coaching career. The only requirement was an investment for the required training. And I couldn’t do it. Why? Because it would break a promise I’ve made, to myself and implicitly to my wife. 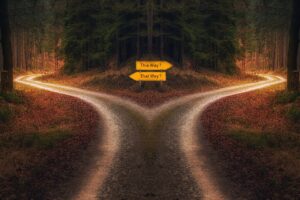 In the early years of being an entrepreneur, I invested heavily in my personal development and coaching, because I felt I needed it. The only issue is that I saw dollar signs in my mind, that I would make lots of money after the coaching. They might not have promised that, but that’s how I interpreted their words. Which resulted in spending almost all our savings on the offered coaching programs. I learned a lot from it, made some great friends as well, yet the money didn’t come as I had imagined. That led to a lot of stress in the family and it felt that my entrepreneurial journey came to an early end.

That’s when I made a promise to myself, and implicitly to my wife, that I wouldn’t invest ahead in such programs if I didn’t have the money at that time. And this happened exactly last week. I had to turn down the offer, because I couldn’t make the financial commitment. Did it make me feel bad? Yes it did. Will I regret it? Maybe, who knows? But the most important thing was I kept my promise and that is key to me. Now I know that I will keep my promises and that I can guarantee that to my clients as well. That’s the promise I make. It is all part of the agreement “Be impeccable with your word”.  Do you want to know more about me? Read some interviews on this page or visit the about us page.

Erwin Wils is the founder of Millionaire Life Strategy. He is a mindset and business strategist and empowers female and tech entrepreneurs to boost their business and themselves, so that they can confidently deliver their added value without feeling like an imposter. He transforms them into the person that will achieve their dreams, goals, and beyond. As a Master of Science in Electrical Engineering by education and certified professional hypnotherapist, master Soulkey therapist, EMDR (Eye Movement Desensitization and Reprocessing) and IEMT (Integral Eye Movement Therapy) practitioner by training, he brings 25+ years of experience to show his clients how they can use their expertise to make a positive impact in the world and make a good living doing it.